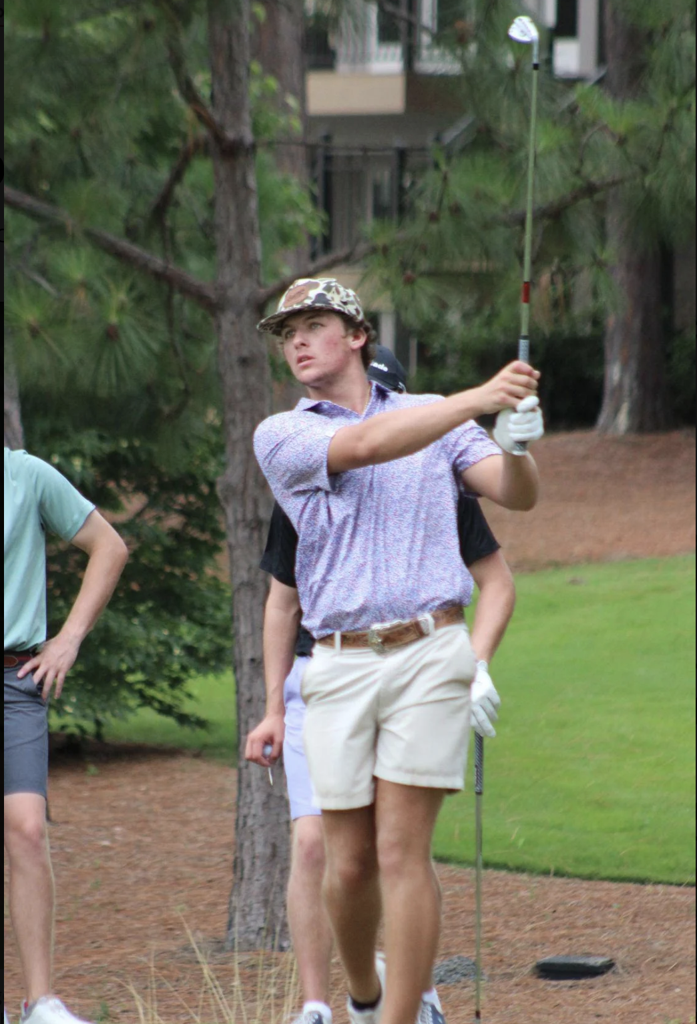 Carrollton graduate and soon-to-be West Georgia golfer Caleb Wall is pictured competing in the third and final round of the High School Golf National Invitational. Wall ended the tournament tied for 48th place out of 333 golfers. Photo Credit NHSGA

In the third and final round of the High School Golf National Invitational, Caleb Wall took a slight step back in the standings, finishing the event tied for 48th place. Still, Wall found himself in elite company in the top 50 out of 333 state-champion golfers who competed in the event.

In the first round of the tournament he shot a 76, but he made up a lot of ground in round two on Tuesday, shooting a 73 to earn a strong position going into the final round.

Going into the third round of the tournament at the Pinehurst Resort in N.C., he was tied for 39th place, but a tough day on Pinehurst No. 7 caused Wall to fall nine spots once the tournament had concluded.

Golfers played three different par-72 courses at Pinehurst throughout the tournament. Wall played the three courses in succession with No. 5 on day one, No. 6 on day two, and No. 7 on day three.

Wall started out No. 7 with an even performance through the first seven holes, mostly shooting par with a birdie on hole one and a bogey on hole five. However, it was a double bogey on hole eight that sent him over par for the rest of the round, and he ended No. 7 with a 79.

Overall, Wall finished the tournament 12 over par, tied with nine other golfers for the 48th-place spot.

Benjamin Siriboury from Maryland, who led the tournament after the first two rounds, dropped into second place on day three, as Jake Albert from Virginia overtook him by two strokes to take the low medalist title for the event.

Though Wall competed in the event just as an independent, the Georgia RVA team came away with the victory in team competition for the event, edging out North Carolina’s team for the top spot by a difference of 11 strokes.