Carrollton’s senior quarterback was 10-of-11 passing for 196 yards and two touchdowns, one a 33-yarder for the winning touchdown with 41 seconds left in a 37-32 victory over fifth-ranked Westlake in the Class 6A quarterfinals. Morris (pictured with head coach Joey King), who is committed to N.C. State, also caught a 25-yard TD pass from himself, rushed for 82 yards and quick-kicked a 41-yard punt that was downed at the 1-yard line.

The victory put Carrollton in the semifinals after five straight seasons of quarterfinal defeats.

Morris is GHSF Daily’s state Player of the Week. The award is sponsored by AstroTurf and Sports Turf.

After falling behind just under five minutes into the game, the Carrollton Trojans quickly rebounded and outscored their visitors big time during the remainder of the contest and took a resounding 35-7 Region 5AAAAAA decision over the East Paulding Raiders at Grisham Stadium on Friday night.

With the win, coach Joey King’s squad notched their third consecutive victory and appears to be on a roll going into next Friday’s home field region bout against the Alexander High Cougars which lost to Rome, 16-6, on Friday in Douglasville.

The Trojans upped their overall record to 7-1 and region slate to 4-1. Alexander will bring 5-2 and 3-2 overall and region records into the game.

East Paulding won the coin toss, deferred to the second half, and set up to kick-off to the Trojans to start the game.

However, the Raiders surprised everyone with an onside kick which they recovered on the Trojan 49. With tailback Justin Williams leading the way, East Paulding scored in 10 plays. The West Virginia commit scored on a 5-yard burst, and the PAT gave the visitors a 7-0 lead with 6:30 left in the first quarter.

But The Trojans roared back by taking the kickoff and marching 80-yards in only 5 plays to tie the game. After a 36-yard pass from MJ Morris to Bryce Hicks to the Raiders 22 , a false-start penalty followed.

On the next snap, Terrell Carmichael broke loose on a 47-yard scoring dash. Shavique Bascus kicked the extra point, and Carrollton tied the game, 7-7, with 4:38 showing on the first-period clock.

Looking at the stat sheet after the game’s initial 12 minutes, however, the number of plays from scrimmage and time of possession was heavily in favor of the Raiders as they rolled up 17 offensive plays and consumed 10 of the quarter’s 12 minutes compared to the Trojans’ five plays and two minutes.

But yet the game was tied going into the second quarter.

Carmichael put Carrollton up for good with 2:42 left in the first half when he broke free on a dazzling 47-yard scamper. Bascus’s PAT made it 14-7 at the break.

Although East Paudlng’s Division I bound star Justin Williams raced and slammed his way to 110 first-half yards, the Trojan defense shut down the West Virginia commit in the final two quarters, allowing him only 24 yards on 9 carries in the second half.

“I wasn’t too pleased with some of our defensive play in the first half,” Trojan head coach Joey King said after the game, “but we tightened things up in the second half and did, I thought, a much better job.”

Carrollton got most of its yardage through the air, throwing for 190 yards while running for 105.

Leading the way for the Trojans was quarterback MJ Morris who notched 190 yards and a pair of scores passing and Ace Williamson who caught six passes for 85 yards and a TD.

On the ground, Carmichael and Bryce Hicks ran for 47 and 46 yards, respectively.

Next week at Grisham Stadium, the Trojans will try to avenge a surprise loss to Alexander suffered at the hands of the Cougars when they host the Douglas County team in a region matchup.

CARROLLTON, GA –  For a program that has celebrated plenty of milestones, Carrollton High School added another one to the record books this month. The Trojans won the 700th game in program history with a 40-13 triumph over the South Paulding Spartans on Friday, Oct. 1. The homecoming victory further emphasizes the school’s long and storied history in football, spanning generations of legendary coaches and players.

The school is on record for playing football as early as 1909 and celebrated its first win in 1920, beating the West Point Red Devils 27-0. However, it wasn’t until 1947 that the team began playing a full ten-game schedule under the head coach Hugh Maddox.

Today, Coach Joey King leads the Trojans with six wins under his belt in his first season. In 2017, King became the fastest coach in Georgia History to reach 50 wins as the head coach at Cartersville High School. The Trojans are currently 6-1 overall and 3-1 in region play and hope to add another victory as they take on the East Paulding Raiders in Grisham Stadium this Friday, Oct. 22.

Outstanding effort all week in preparation for Westlake. https://t.co/y4AiIIVBvG

Great effort from these guys vs. Westlake. https://t.co/Gcn6HGbQar 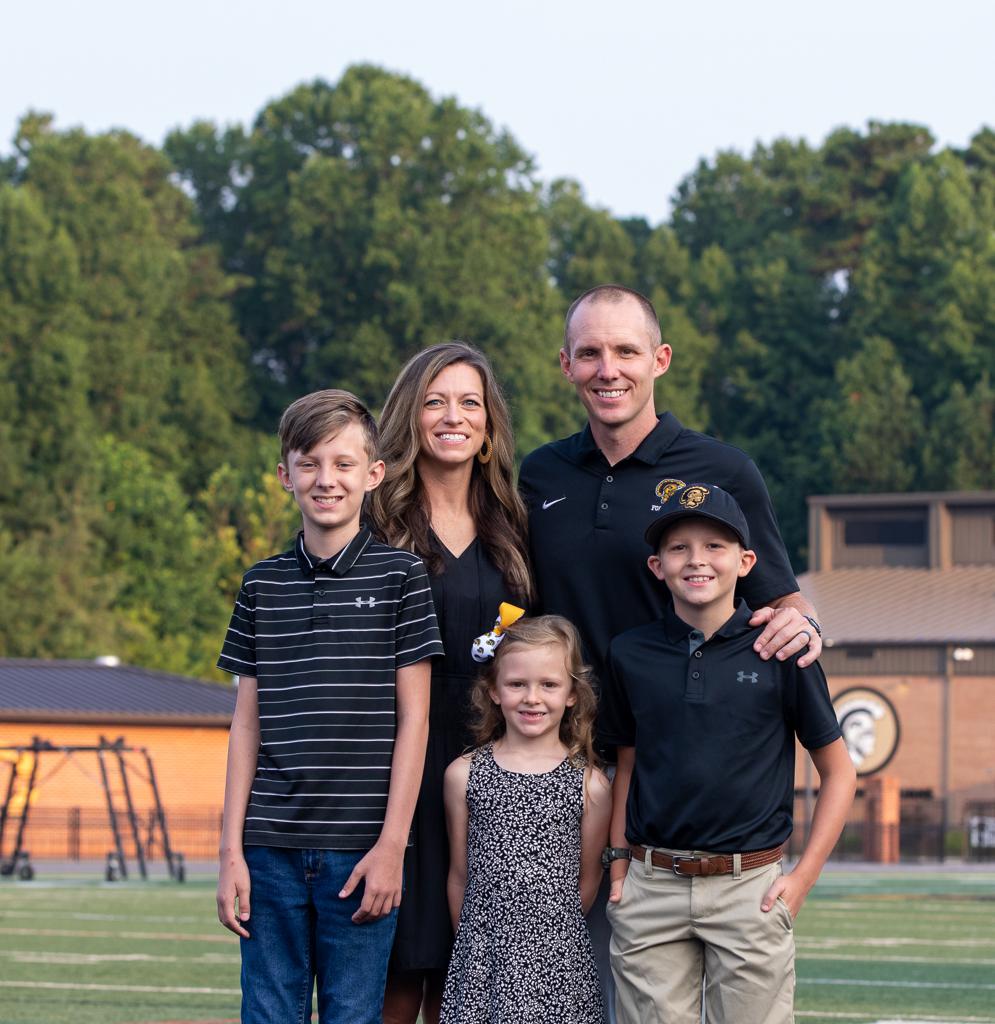